A legend from Hawai’i
As retold by Caren Loebel-Fried

When the great god Kü came to the island of Hawai’i, there was much commotion in the skies to celebrate his arrival. Sharp flashes of lightning and loud cracks and rumblings of thunder filled the air. The people knew that something unusual was happening, but when he walked into their village, they did not recognize Kü as a god. 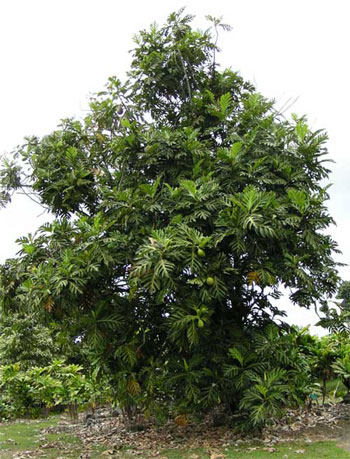 Kü lived among the people as a planter. With powerful hands, he moved huge piles of soil effortlessly, and with his long digging stick, he alone did the work of twenty. His muscular body was a deep, rich brown, attracting the attention of many women in his village. Kü met a young woman and the two fell in love. They decided to become man and wife and start a family.

Many years passed and the day came when there was a terrible famine. All of the people in the village became wretched, weak and hopeless. Kü and his wife saw that their own children were starving, but what could be done?

Kü told his wife that he could help, but he must go somewhere far away. She looked into his eyes, so full of compassion, with a heart heavier than she had ever known before. She turned to look at their children, tired and listless, and the other people in their extended family, whose shoulders slumped with hopelessness. She saw the barren fields all around them. With sorrow, she finally spoke. “Kü, I have vowed to love you no matter what happens. I will always love you, and now I must let you go.”

The family watched as Kü stood tall and erect, his feet planted firmly on the land. Gradually, he began to sink down into the ground as though the earth was swallowing him up. Soon, all that remained was the top of Kü’s head and his wife wet the soil around him with her tears. The family kept a vigil by the spot where he had buried himself, sitting through the long night, watching and waiting.

With the growing light of early morning, they noticed a slight shifting of the soil where Kü was buried in the earth. A tiny green shoot suddenly sprouted from the spot where Kü’s head had been. The family watched with wonder as the plant grew swiftly up and up, branching out as though reaching for every star. Thousands of shining green leaves unfurled, and soon this magnificent tree was covered with hundreds of ‘ulu, the nutritious breadfruit, swinging gracefully from strong branches.

A farmer was walking mournfully through a nearby field, when he suddenly noticed the breadfruit tree in the distance. He let out a cry and ran shouting, “Everyone! Look! Look to the field! Come and see the giant tree where none was before!” The people ran with excitement to the tree.

They found Kü’s wife sitting under the ‘ulu tree with her children standing over her and they formed a great circle around the family. Kü’s wife then heard her husband’s voice inside her head and she closed her eyes, listening. He told her, “Wife…my body is the trunk of this tree, and my arms are the branches. My hands are the leaves and my head is the fruit. The heart inside each fruit holds the memory of my words. Roast the fruit well, remove the skin, and then you and our children shall eat….”

And so she did.

But when people from the village began grabbing for ‘ulu, suddenly the entire tree was sucked swiftly back into the ground with a “swoosh”. Only when their outstretched hands were lowered did the tree grow back to its full size. A murmur was heard among the crowd, but all became quiet when it was seen that Kü spoke to his wife once again.

She heard him say, “Carefully dig up the new shoots around my trunk and share them with our ‘ohana and our extended family and friends.”

And so she did.

The people planted the sprouts all around their district. These grew just as fast as the first tree had grown, up and up, filling the sky with glistening leaves and plump, ripe fruit. Offshoots from these trees were shared with other friends and family, as well as those in the neighboring villages. The breadfruit trees flourished and soon spread across the land, and everyone had ‘ulu to eat.

The people now knew that Kü was a god and they would always give thanks to him. They would never again forget to chant the proper prayers, or make the appropriate offerings to all the gods and ancestors. They would remember to show how grateful they were to share in the riches of the earth.

And so this was the gift of Kü.

Early Hawaiian people were great storytellers. They did not record their history in books but had an oral tradition, and all the great stories were passed on by word of mouth from generation to generation, through legends, myths, prayers, and chants. Legends were the keepers of history, preserving the Hawaiian culture and traditions. The legends also taught by example how the ancestors lived in their world and how future generations should live in theirs, and this storytelling tradition is still alive and well in Hawai’i.

The world of Hawai’i in the days of old was filled with the spirits of the ancestors and the gods, the ‘aumakua, or ancestral guardian spirits, who were alive in the trees and plants, the birds and the mists, and in the active volcano. Kü and Hina, the male and female powers of heaven and earth, ruled over the fruitfulness of the land and the people, and every Hawaiian felt their protection. The word kü means “rising upright, straight”, and ulu means “to grow, increase, and spread.” To the people, Kü was the symbol of abundance, and so was the breadfruit tree, a body form of Kü.

Aside from the nutritional value of ‘ulu, the breadfruit tree had many other uses. The trunk made fine surfboards, hula drums, and parts for canoes and houses. The young buds were used as medicine, the inner bark for making kapa, or beaten cloth. The sap was used as a caulking material and also smeared on certain tree branches to snare birds in the forest. The birds’ valuable feathers were collected to make cloaks for the ali’i, the chiefs. In more modern times, the ‘ulu wood was used to make furniture, and the dried buds were burned, the smoke acting as insect repellent. Polynesian people knew to use the shoots growing from the base of the breadfruit tree, and early voyagers carried these young shoots over thousands of miles of sea to new lands, spreading them from island to island across the Pacific Ocean.

“The Gift of Kü,” tells about sacrifice, but it also speaks of preservation. By taking not from the parent tree, but instead using the baby offshoots, many trees are spread throughout the land while the parent tree continues to thrive. This idea of conservation and intelligent use of resources is perhaps the most important lesson for us today. The Hawaiian concept of ‘aumakua, or ancestral guardians living on through natural forms, also speaks of stewardship of nature. We experience a tree differently when it is our husband or wife, our god or our ancestor.

This tale is one of several included in Hawaiian Legends of the Guardian Spirits, the collection of stories I retold and illustrated. Legends of the world like these -particularly those from cultures living at one with nature- help me to tune into that mysterious realm that underlies our wakeful experiences. They have also taught me to observe more closely birds and insects and other features of the natural world, details which I often adapt into my artwork.

When I exhibit my artwork, the legends always accompany the art. When I give block printing workshops, we work from legends, a subject that stimulates conversation and creativity in both adults and children. And my printing demonstrations are always filled with stories.

“The Gift of Ku,” and many other legends of the ‘aumakua, can be found in Hawaiian Legends of the Guardian Spirits, by Caren Loebel-Fried, published by University of Hawai’i Press. Accompanying the legends are 60 block prints and notes explaining the cultural, historical, and natural significance of each legend. The book is available at: www.uhpress.hawaii.eduand www.amazon.com.

Caren Loebel-Fried is an artist, author, and teacher. Her artwork is exhibited and collected throughout the world, and her prints have appeared in Parabola, Tikkun, and on award-winning book covers for University of Hawai’i Press. A second book of legends and art is in the works based on dreams in ancient Hawaiian legends. She spends her time in Volcano, Hawai’i and in New Jersey.

See some of Caren’s block prints at her web site: www.carenloebelfried.com